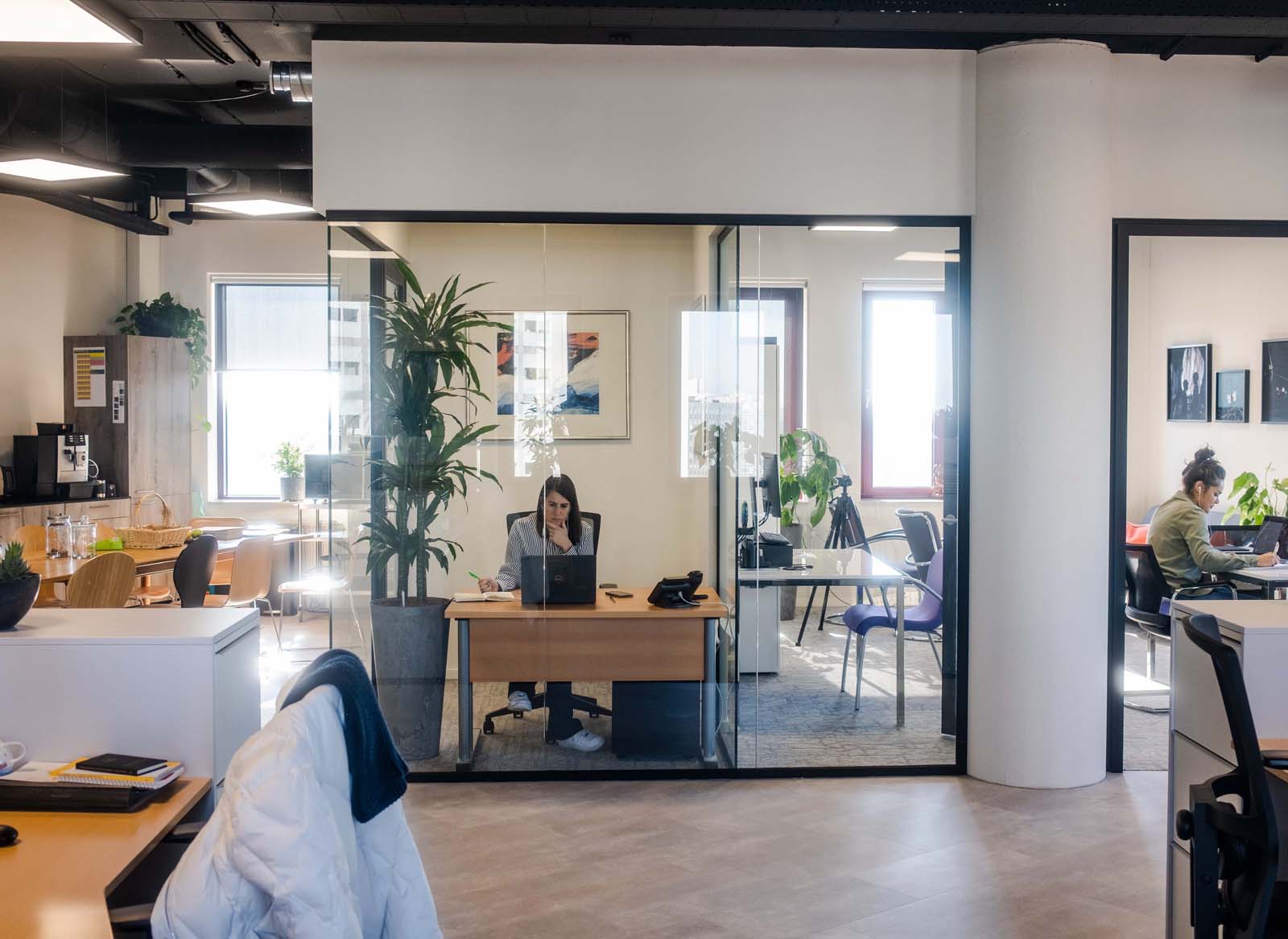 As part of our Inspired Flight series, Marie-Anne Leuty (she/her) talks to  Dilara Jaring-Kanik (she/her), Manager of Exchanges at the Prince Claus Fund, about the Seed Awards, the artists who inspire her daily and taking time to build connections.

Hi Dilara, thank you for talking to us about your journey. When and how did you first realise you were interested in the arts?

In short, I followed my heart. I’ve always followed my own path being from a bi-cultural, Turkish Dutch family. At 18, I knew my bi-cultural experience and identity had shaped me but I realised that because I couldn’t speak Turkish it was difficult to claim that side of myself. Language was an important part of that. I decided to do a course in Ankara before enrolling a few years later in Turkish Studies at Utrecht University which included some time studying in Turkey. I had no idea what I’d end up doing afterwards, all I knew was that I wanted to follow my own path and intuition to learn more about myself.

Culture has always been a big part of my life but I wasn’t really raised with going to museums and galleries. The art world felt inaccessible but it just so happened that one of my professors told me that the Prince Claus Fund was looking for an intern. It was something I never thought I’d get the chance to do so I gave it a shot.

I grew up at the fund. At the start you feel insecure and don’t know your place but over time I got to work with a lot of emerging artists. I learned a lot from them – suddenly themes in my own life made sense.

My interest in the arts grew as I worked – I saw its power, what it can do for society. Art can change your thinking and the way you feel. I got to see that artists grow by doing and that aspect of the work really inspired me.

At what point did you know that you wanted to pursue a career in culture?

You’ve been with the Prince Claus Fund since 2006 – what inspires you most when it comes to your work?

Working with people who are trying to make the world a better place for themselves and their communities is a gift.

I learn so much from the people I speak with everyday. The themes we work on at the Prince Claus Fund reflect who I am so I can put a lot of myself into what I do which is interesting because the funding world can be quite restrictive. I get to talk to people, listen to understand their struggle and figure out how we can be that fund that people go to without having this perception that we’re inaccessible.

I try to make it clear to the artists that I work with that there’s this imbalance because we are the funder but we’re meeting as equals – I want to hear what they’re thinking.

Often artists tell us that if they’re successful with funding applications, they then have to read lengthy contracts to be able to get the funding which makes their lives more difficult. As we grow as a Fund, we want to work together, not against each other. Our purpose is to support artists so why not make it simple?

We’re all trying to be that perfect institution or the perfect artist but artists can only grow when they have the freedom to experiment. It’s inspiring to me that I can give that freedom to people because I’m also not perfect. Everyone’s learning everyday. Creating this environment is really important and I’m really happy that I’m able to be part of that.

Tell us the story behind the Seed Awards – why were they created?

In the 25 years since the Prince Claus Fund started, we’ve supported artists in a range of ways. We used to have a mobility fund to cover travel expenses for people to attend residencies or perform at festivals. It was a relatively small but impactful fund that enabled people to go to new places and make connections with potential new collaborators.

In 2018, we started our Next Generation program which focused on emerging artists at the start of their careers. As well as financial support, it was important that we provide a listening ear and give advice when needed. We don’t always have the answers but it’s good for people to know we’re here just to talk, listen and think along.

Taking what we learned from these programs, we launched a new strategy last year with three new Prince Claus Awards that are designed to cater to the needs of artists at crucial stages in their careers: Seed, Mentorship and Impact Awards.

The Prince Claus Seed Awards is an annual award of €5,000 for one hundred cultural practitioners across Africa, Asia, Latin America, the Caribbean and Eastern Europe. We recognise their work and provide initial support to their career development. We streamlined the application process to make it easier and asked applicants how we can improve it further.

It’s unrestricted funding meaning that the artists have the freedom to tell us what they’d like to do with the money. Maybe it’s for a residency, to produce a new album or pay collaborators… The Seed Awards are about giving their career a boost with a significant amount of money that can be used to invest in aspects of their work that are important to them.

What impact does the Prince Claus Fund want to achieve through the Seed Awards?

We want to be the first push to their careers by recognising their work. If you’re recognised by a fund with a big track record, then you’ll be noticed more – unfortunately the world works like that. By giving these artists greater visibility, they gain confidence and that’s a good thing to support their creative journey. As a fund we’re trying to do more beyond financial support. It’s about care.

We have one hundred Seed Awardees and I’m always looking for ways that we can connect them. They all work with and for their communities – it’s amazing to see how it’s having an impact beyond the artists.

One of the Seed Award recipients stressed to us the importance of her receiving the Seed Award because it acknowledges the voice of her and her people. Stories in her region are overlooked by mainstream media and she feels very alone in her struggle. She was very happy that a fund from abroad was able to give visibility to her work and the people she’s doing it for.

Another recipient shared that they could use the money to finally pay people they work with – before they didn’t have the chance. It’s beautiful to see that the funding is supporting the artists and the people around them.

Where did artists apply from for the first open call?

We received 1,500 applications and we’re now supporting Seed Awardees in 65 countries across Africa, Asia, Latin America, the Caribbean and Eastern Europe. Over the past 25 years, we’ve built a big network in certain countries and we’re learning and improving our connections in other regions, for example in Central Asia where we didn’t receive as many applications.

The Inspired Flight series tells the story of the first Seed Award recipients. How did the project come about?

It was really interesting. I’ve organised an event called the Cultural Speed Date for many years now. It’s a networking event where cultural practitioners from all over the world come together, share their work, get inspired, sometimes even become friends. We organise the event during our annual Awards Week when we have a lot of international guests. The event is a quick way to introduce people to one another and local organisations. At the last physical event in 2019, we had 250 guests from the Netherlands and abroad.

In 2020, I decided to make it a digital event using an app where guests could book in time to meet each other online. Normally during the physical event, I’m running around organising things and don’t get chance to interact with people. With the online version I was sitting behind my laptop and I got an invitation from Obi.

I didn’t know about The Study Group Foundation or The Quick + The Brave so I was interested in your story and how much it aligns with what we do at the Prince Claus Fund. That was the first moment I was introduced to your work. I was amazed by the story, the beautiful writing and images and how you share this work so I wanted to know more about it.

There’s historically been a lack of diversity and inclusion in the art world and now suddenly it’s a big theme – which is good but it’s also something that’s innate to who you are as a platform. You’re not doing it because you have to but because it’s part of who you are. You know from your own experiences how to communicate these ideas from an authentic place.

We started the conversation – I don’t remember how many conversations we had but I really liked taking the time. The result is Inspired Flight which couldn’t have happened if we had rushed things along. It’s how I work with other partners. Investing time in people is how we grow and create spaces to share and get to know each other. Everyone is different – we should be more vulnerable as funders and show ourselves more.

What do you hope people will gain from hearing the stories of so many artists around the globe?

Many stories are overlooked in this world. The most difficult part of what we do is the selection process because not every application can be successful. Fortunately, we work with a large network of external advisors who understand their local contexts better than we can. I was blown away by the final list and knew we couldn’t keep these stories to ourselves.

I hope the audience will be inspired and see what the arts and culture can do for society – to really focus on the difficulties in the world with a lot of beauty. We’re partnering to make Inspired Flight because people should know these stories. I hope readers will be more open minded and see how art can inspire them. Maybe they even see a Seed Awardee who they want to work with.

And, of course, it’s all about the Seed Awardees. We can give financial support but I’m really happy we can do more through Inspired Flight so they can connect with each other and with an international audience. For me, the artists are the most important reason why we’re doing this.

How can emerging artists apply?

We support artists in Africa, Asia, Latin America, the Caribbean and Eastern Europe whose work centres on a wide range of themes including racial justice and indigenous rights, gender equality and the climate emergency.

The Open Call for the Prince Claus Seed Awards 2022 has closed but the Open Call for 2023 will open at the start of the next year. We share the news about Open Calls through our social channels and newsletter.

Fill in your details to subscribe to our newsletter.

Next
When ideas take flight