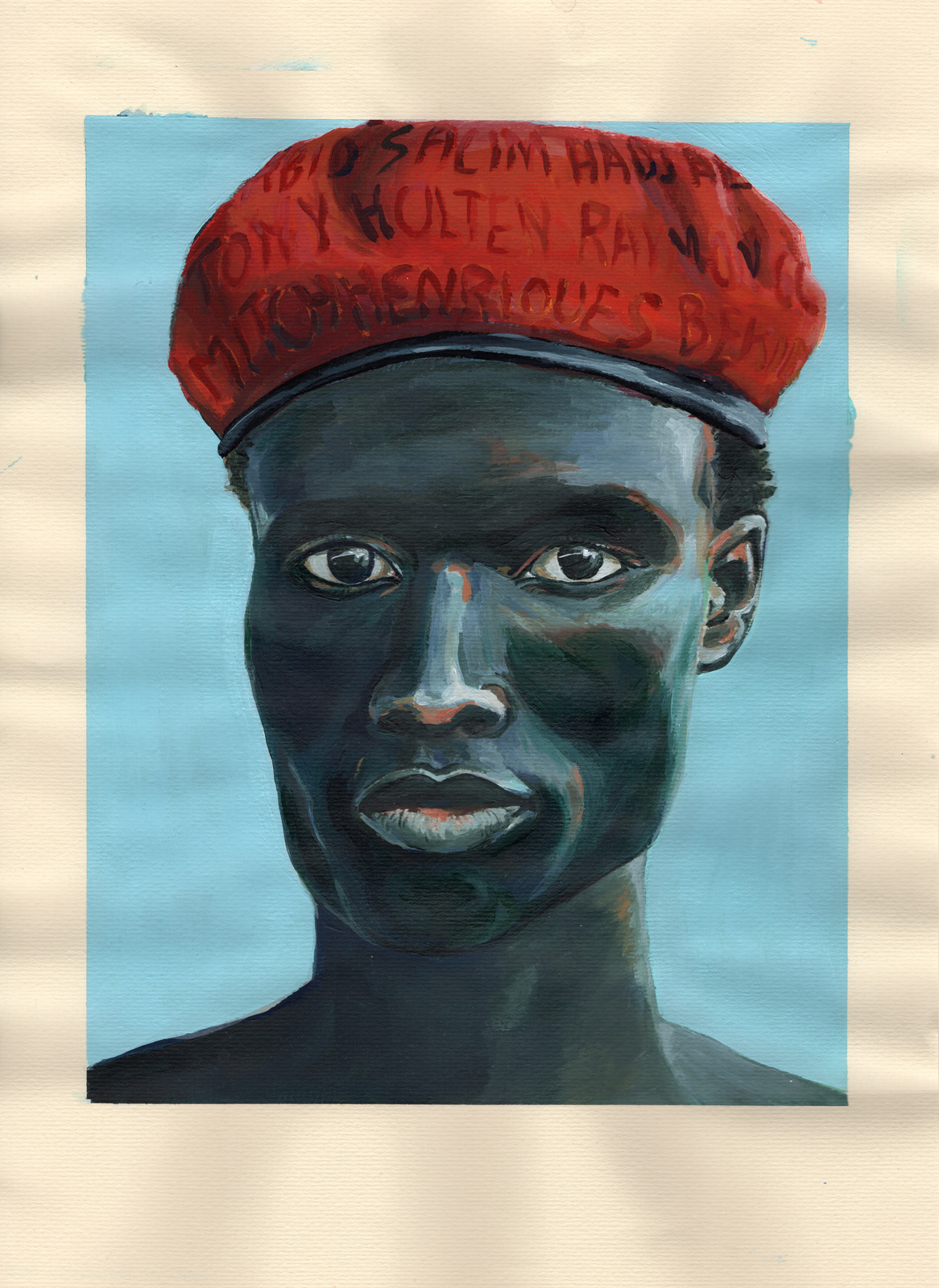 Inspired by an original portrait by New York-based photographer Mark Elzey, this work is a reminder that the Netherlands has its share of police brutality directed at minorities.

The beret here carries some of the names of people who have died in Dutch police custody during, or shortly after, violent arrests. Their assaulters still have not been prosecuted.

Next
The Ballerina and the Ship Builder: Carmen Guillen