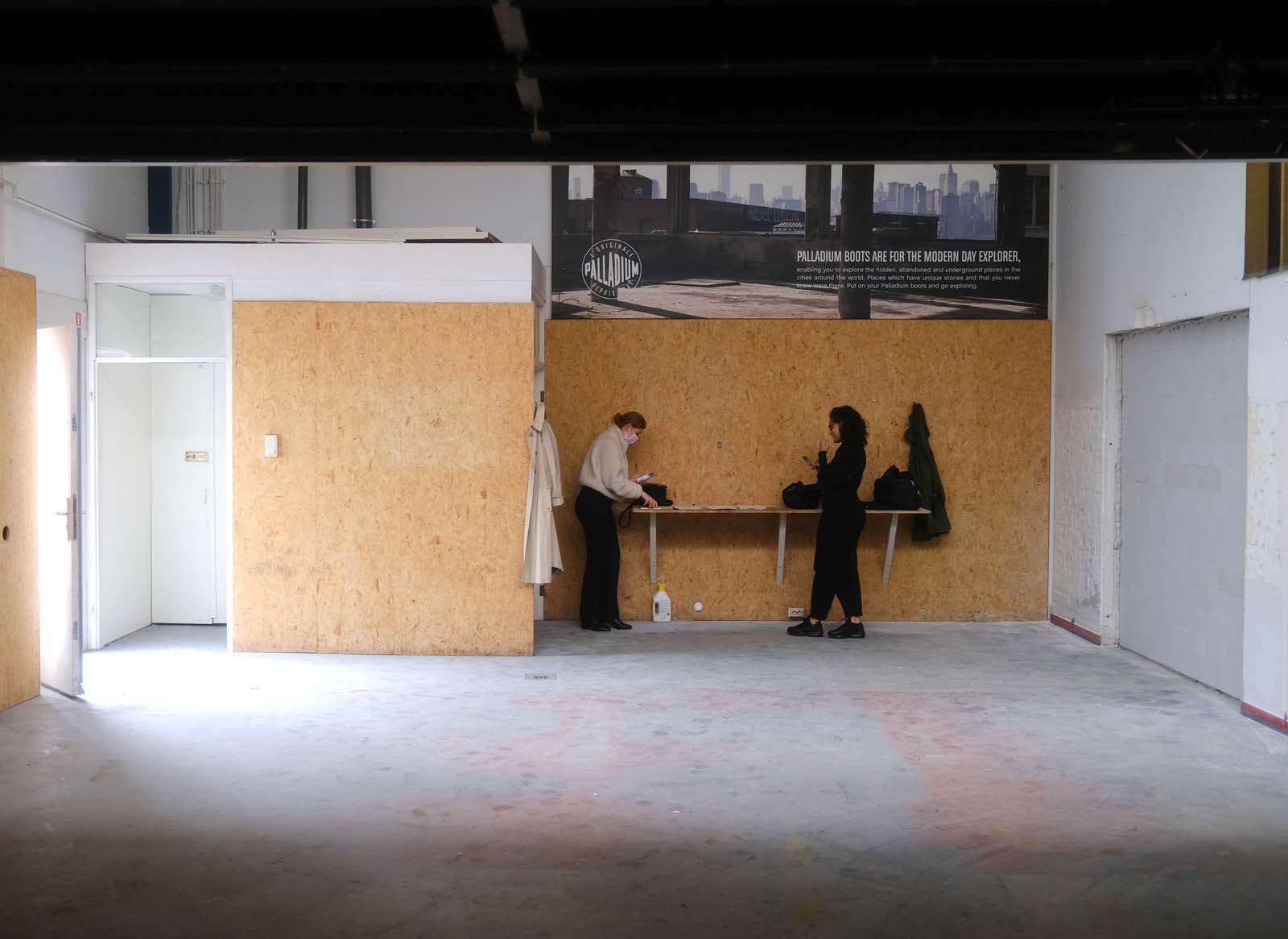 Good things take time. Editor in Chief Marie-Anne Leuty (she/her) looks back on the experiences in the centre of Amsterdam that made finding a safe space for our new HQ a top priority.

However you cut it, that’s a tall ceiling.

If you’d have told me that this summer just gone I’d be up and down scaffolding to sponge dust off beams and walls, I’d have slowly walked backwards away from you while maintaining eye contact.

Yet here we were, figuring out how to build scaffolding with no instructions before taking buckets of pine scented water up and and down a 4 metre tall tower.

It was satisfying af.

How’d I get up there, you ask?

It all started on the Singel

Since 2018, we’ve built up (and packed down) a couple of studios in the centre of Amsterdam.

Underrepresented creatives don’t typically have access to safe spaces to learn and grow in – especially not within the Grachtengordel. We built these spaces up as a way to bring creatives in our community together, provide affordable studio rates and space where everyone could work on their craft – whatever their experience level.

Our first space, The Singel Studio, closed during the first wave of lockdowns in summer 2020. I’ll tell you more about that in a future blog post.

After the closure of the Singel, we built up a pop-up space in the Jordaan where we produced Journal 001.

We didn’t have a great experience at The Brouwersgracht Studio. This historical part of the city wasn’t ready for any kind of change.

Two BIPOC creatives on the loose? Building things? Respectfully keeping to themselves?! Bringing other BIPOC artists into the area!?!

The neighbourhood had no choice but to freeze us out.

Curtains twitched whenever we arrived at or left the building. The unreasonably overbearing landlord, who lived next door, made a point of gaslighting Obi telling him that female neighbours were too scared to complain to him about alleged noise. Apparently there’d been a loud party at 02:00 the previous week.

We rarely worked late at the studio beyond 22:00 and, with so much at stake to produce Journal 001, parties weren’t on our agenda.

The Karens had their say. The idea that a two metre tall Nigerian guy was quietly existing nearby was altogether too threatening. Asking Obi directly about the noise disturbance was simply too dangerous. They had to communicate their discomfort via the landlord.

The weaponisation of white women’s fear had struck again.

Yes, there was more…

An especially persistent elderly neighbour left dog shit on our door mat and threw a frying pan at our door. We had to call the police on the same neighbour when his verbal assault on Obi turned physical. I’m thankful that in the end there was no need for him to act in self-defence. That would have resulted in a very different outcome when the police showed up.

All these incidents happened within the same month.

In chilly January 2021, when the pop-up came to an end, we packed everything into storage and waited it out. Most of the country was working from home at the time so we could do it too – we’d make it work until the right spot found us.

Suffice to say, number one on our property hunt priority list was a space where we felt safe.

Our mental wellbeing depended on it.

Writing this blog, I realised it needed to be a two-parter.

Before the suspense gets too much, you can read about the refurbishment here.

And before you do that, remember that you can sign up for our mailing list by scrolling a little more. You can also donate to our BIPOC-founded, majority-womxn led non-profit, The Study Group Foundation.

OK, go read the second part now. I added this extra link because I know you want to.

Next
It’s been a minute