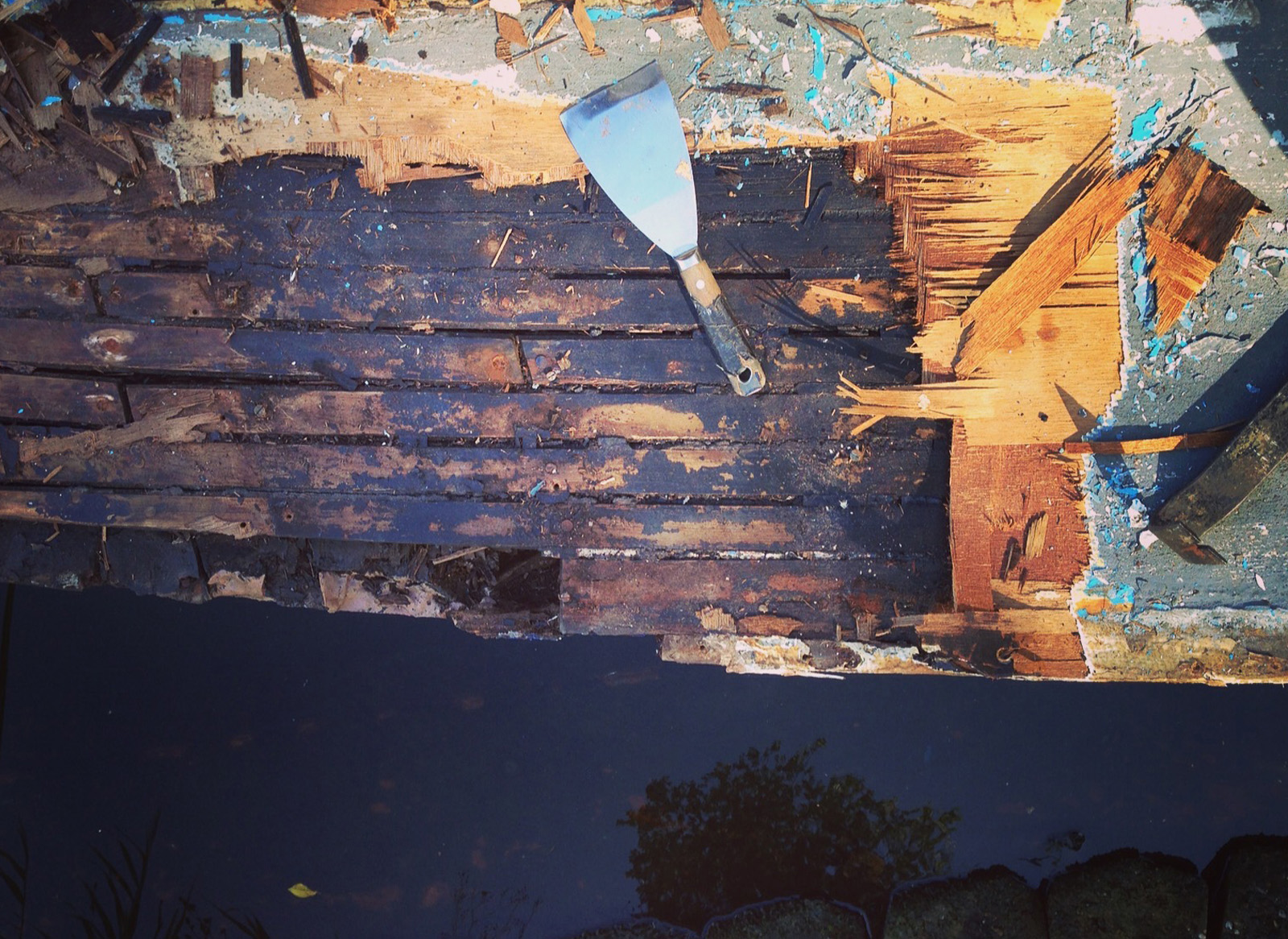 The Ballerina and the Ship Builder: Carmen Guillen

Arriving in a new city means growing into a community. Carmen Guillen (she/her) recounts her nascent Dutch life at a mooring spot in Noorderpark.

When I crossed the English channel on my rickety house boat headed (unknowingly) for Amsterdam, I was dressed as a shark. It felt like a strong move. That is until its metal bodice caused me to trip over a rope and nearly meet my watery grave in the North Sea. This was one of a series of lessons in the steep learning curve of a novice boater.

London’s canals are crowded, but the community is diverse. Longstanding boaters who’ve lived on the waterways for generations. Ideological boaters who want to live sustainably and stick it to the man. Moneyed boaters who luxuriate on barges complete with pianos and jacuzzis. Immigrant communities with their own ingenious cultural take on boating practices. People who simply can’t afford rising rents in London and turn to the canals and rivers for survival.

Despite the differences in circumstance, a strong community exists, one whose actuality is necessary to sustain itself. Boats now moor four-a-side due to a deficit in space and a two week limit in each mooring spot, so it was in everyone’s best interest to cooperate. More than that, it felt good.

Having always lived in flats not knowing my neighbours, when I first witnessed the sharing economy in this community, I was both delighted and humbled. Spare food and bits of timber was often shared, power tools lent, invites for dinner quickly extended. It was not unusual to find a gift waiting for you outside your front door from a new neighbour. It was with this communal frame of reference that I spent my first night as a boater in Belgium.

Several months on, when the doors of the lock clicked open and we passed from a lake into the first canal of Amsterdam the hairs on my arms danced in excitement. For Amsterdam, a city that never existed until it was constructed on water, was surely a utopia for boaters. But that was not the case – at least not at the beginning.

The first few days in Amsterdam often started by being abruptly awoken by a rap on the door from the authorities, and searching for somewhere to live was the proverbial needle in the haystack brought to life by full waterways and an absence of public mooring spots. But a rumour began to surface of a park in the north which was the last public mooring spot in the city and it was here, in the green expanse of Noorderpark, that I found a home.

By the time we arrived in the park most of the boaters had already been there for a month or two; old friends from summers past were reunited and new alliances were formed. We nestled in right at the end of the park, by the pot-smoking bachelors, who immediately took us under their wing. The first thing that struck me was how different these boats looked compared to the unblemished pleasure boats owned by rich retirees in the marinas, or the middle class floating homes found in the city centre. Makeshift gardens and outdoor living spaces had sprung up on the banks made from old tires, abandoned sofas, repurposed bicycles and a medley of other found objects. Plants spilled off decks and kissed the water, coloured flags searched for wind, holes in the hulls and decks were fixed with a patchwork of scrap wood.

Necessity being the mother of invention, every one of my neighbours had become a boater because of their own marginalisation. There were those who were once homeless, those who struggled with addiction and those who were simply deemed too eccentric to live within the confines of normal society. But it was here, in this group of misfits, that I first found the community that I had long searched for since leaving London. The kindnesses were so many I cannot recount them all.

Who were these people I shared the water with? There was the former ballerina, who sustained a terrible injury that made her spiral into addiction, who still found time to bring me vegetables she grew from her garden. Then there was the professional captain who had been hired by the bin Laden family (the notable business magnates rather than the notorious familial ‘black sheep’) and kidnapped for ransom four times with his crew, leading him to speak perfect Arabic. There was the former casino worker who surrendered to his spiritual calling and spent half of the year living in an Ashram. I could go on, but most of the stories in this rich tapestry of experience are not mine to tell.

As summer drew to a close on my second year in the park, the city of Amsterdam decided to remove the last remaining public space in the city and began to tape eviction letters to the boaters’ doors. People made plans, trying not to travel in groups larger than two or three for fear of being harassed by authorities, and there was talk of trying to create a similar space somewhere along the river. As far as I know, when winter fell, all the boaters were forced out of the city, as a suitable space was never found, and the community was torn apart.

Despite Amsterdam’s relative legislative liberalism, there is an emblematic irony in the fact that in the context of boats, one of the Netherlands’ most famous historical exports, there is no space for people within the city limits who want to explore alternative forms of living and community building. Instead they are pushed further to the margins, past the city boundaries, and out of sight.

I remember my last day in the park. I sat with a neighbour, a good-natured ship builder who was built like an oak, who had patiently sat with us the whole summer as we replaced our rotten deck plank by plank. We sat on the grass drinking tea and speculating about the future. The small leaves from the trees blew down in gusts, like flakes of gold, and I wore my shark costume, for old times’ sake.

Next
Looking ahead: The Era of Fluid Pluralism