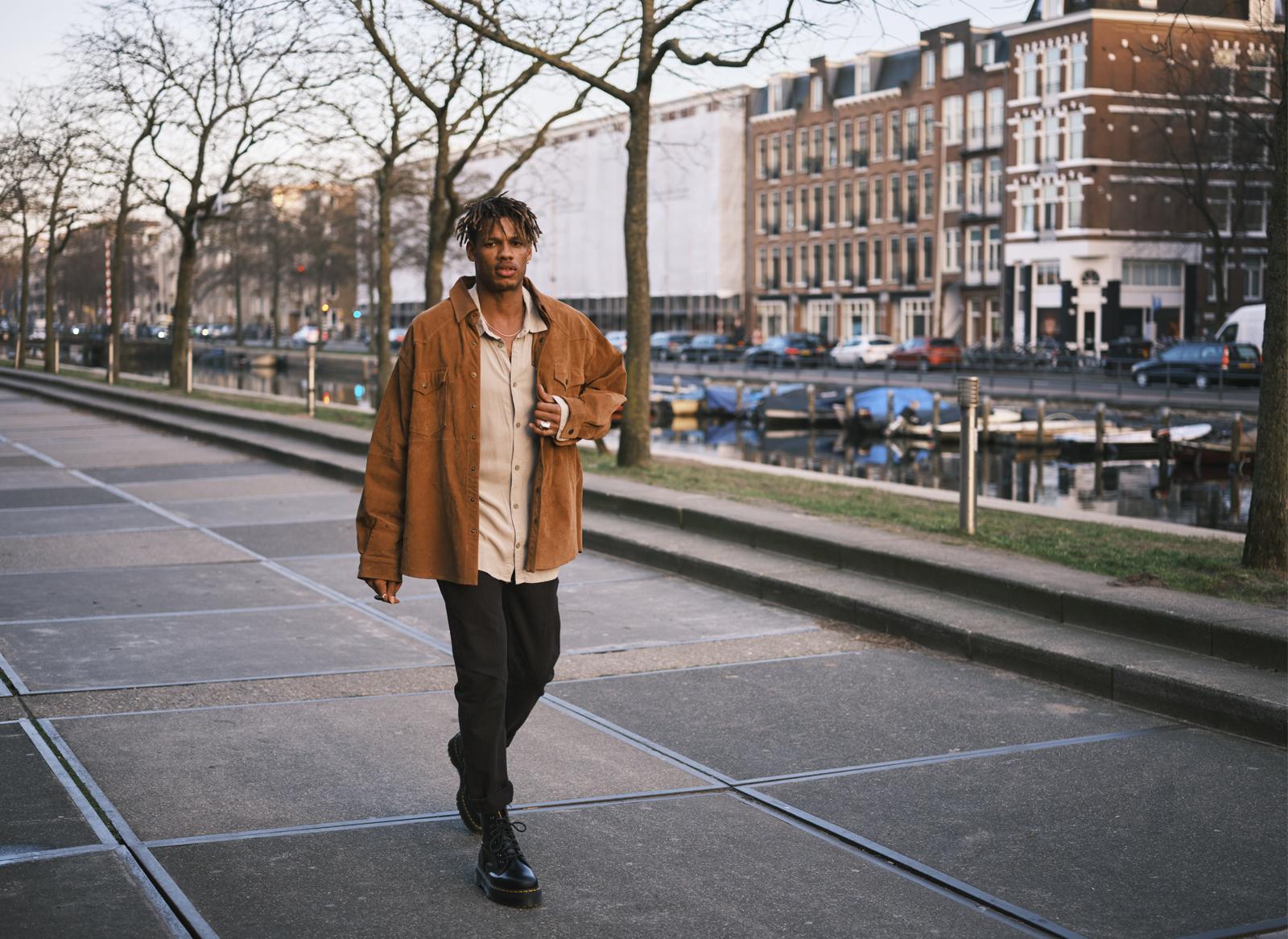 ‘Walk With Me’ is a four-part video series highlighting unique voices from Amsterdam’s creative community in partnership with Dr. Martens Presents.

We talk to four emerging Amsterdam-based creatives in a series that empowers perspectives on cultural inclusivity, community building and self-love.

Blending Afro beats with techno as part of Amsterdam’s underground scene, MARRØN puts music at the centre of his educational creativity and activism.

Many people know Jessey Voorn as a basketball player who plays for the Dutch national team. A rapidly growing number of people now also know him as a techno DJ, playing under the moniker MARRØN.

“The name ‘MARRØN’ is based on the runaway slaves of Suriname back in the day,” explains Jessey. “These are the people who resisted slavery. As I’m playing my techno, I want it to be super powerful.

“Each of my sets has a different story about the history of the Marrons. It’s very important to have a storyline. It’s everything for me. I’m trying to express myself in a way where I can make this storyline special for everybody.”

When he first got into DJing in 2015, Jessey set himself the goal of playing internationally within five years. Not only has he done this, playing in Berlin before and during lockdown, he also co-created the Eerste Communie collective with his friends.

“We started Eerste Communie because we felt there was a need to have a party on a Sunday. At the first one, 30 people showed up overall so we started doing illegal raves.

“A year later, we had nearly 250 people at our rave. We got rolled up from location one within 30 minutes, then we got rolled up from location two in an hour, then we had to go to another location. All these people travelled with us to these locations. We’d built a little community. We’re not a DJ organisation separate from the crowd, it’s like a family having this party together.

“A couple of months later we did the rave that went viral on Instagram – there we had 400 people. That was our best rave ever.”

Illegal raves were one thing, but how did the collective see Eerste Communie evolving?

“We had this vision to bring this illegal rave vibe indoors with the same free space for our people. Doorsale only, 200-250 people max.

“It has to have a raw vibe to it as well. We don’t present timetables and line-ups. Nobody knows anything – the most important thing is the trust with the crowd. People come and trust us completely about who’s playing. [They trust that] it will be good music.”

Meet the other ‘Walk With Me’ talents.

Next
To Love Is To Heal