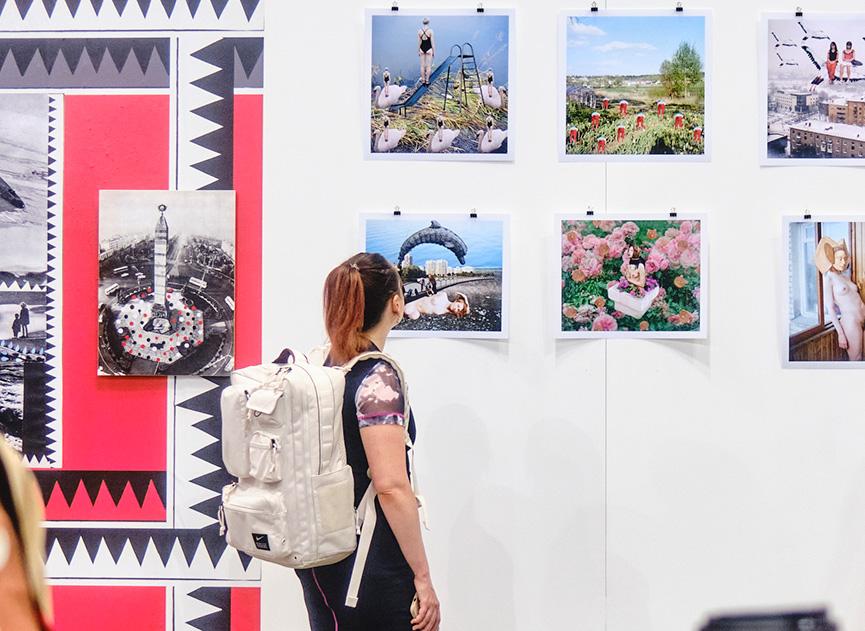 In episode 005 of the Inspired Flight podcast, we speak with Masha Svyatogor (she/her), a Belarusian Artist and Seed Awardee from Minsk.

Masha speaks to us at contemporary art festival Unfair22 about her creative journey and representation in the art scene.

LISTEN TO MASHA’S INTERVIEW ON SPOTIFY

The Seed Awards, an initiative by the Prince Claus Fund, are designed to address the specific needs of emerging creatives in the early stages of their careers by giving cultural practitioners a €5,000 grant to invest in their artistic practice and give visibility to their work.

It’s here that we met Masha.

Masha was drawn to art wanting to make sense of her complex environment.

“I started to do art out of necessity to transform my confusion, feeling of loss and my inability to understand unfolding events and phenomena in the public sphere. I needed to analyse my experience in the environment that has shaped my personal and artistic identity.”

“In many ways, art is my way to overcome inner silence and helplessness…talk about the issues I am concerned about, pose questions and rethink my relationship with the place where I was born and where I live. Also, it enables me to review fixed constructs previously seen as solid, immutable and monolithic.”

Masha’s work deconstructs the contemporary Belarussian reality by “putting together puzzle pieces, fragments of memories, observations and scenes… like parts of a shattered mirror.”

The new narrative that emerges reflects on  “disparities, inconsistencies, folds and cracks, contradictions and paradoxes”.

A lot of Masha’s work is produced using photo montage.

“For me it is a way to tell a new story by bringing together artefacts, images and elements from different historical traditions.”

Masha came to Unfair 22 with a number of unique pieces.

‘Fragile Eyes, Dark Water and the Deep Bottom’ is her “single work composed from various elements, layers of pictures and cutouts from Soviet magazines transformed into a complex narrative characterised by multiple patterns and designs. The pattern of the work reflects a moment of crash, human vulnerability and insecurity.

The background for the work was created especially for the Unfair festival – “it is a black, red white pattern/ornament resembling sharp blades, emphasising the feeling of insecurity, anxiety and danger.”

She also exhibited a series ‘Everybody Dance’ reflecting on Soviet history and imagery, based on the images from the Soviet media.

“I deconstructed the official iconic pictures from the past, took them out of the primary context and created a new image, exposing the gaps, paradoxes and inconsistencies inherent to the era. Using Soviet imagery I also showed the reality which continues to exist today only in a modified form, with the propaganda machine, dictatorships, lies, violence and other things.”

Masha is ambivalent about her status as an artist.

“My position is contradictory. On one hand, I am in a precarious position but on the other hand I feel I can do anything.

“The lack of representation impacts my ability to create and grow. I did not receive art education. I did not have many opportunities and support – the Prince Claus Seed Awards is the first award and financial support I have ever got.

“On the other hand, I feel more or less comfortable. I feel I am free, independent. I think that if you do really strong and powerful work it will not go unnoticed. You have to apply and promote yourself, that’s very important.”

However, given the circumstances, her independence comes with strong boundaries.

“In my country you can talk about some abstract things, that’s fine but if you want to express your opinion about political and social situations… it’s impossible.”

Previously, Masha exhibited in Poland, Germany, France and a few times in Belarus. In her view, Unfair 22 empowered her more than other platforms to show, sell and market her work to a very diverse international audience.

“Unfair for me is a unique format compared to curated exhibitions. It’s more open and inclusive and it is very intense. It is important that pricing is up to artists. You can select works to exhibit and ask for advice. You can install the works yourself. Artists help and support each other. I think this is an example of building and forming a community and horizontal relations between people.”

Considering the feedback she typically receives, Masha wonders about the impact of her work.

“In some situations I received a lot of negative feedback from people from my country and Eastern European people who know the context. I don’t know if my work has an impact and what impact it has.”

“Through my work I want people to analyse the surrounding reality more deeply, reflect and think more carefully about comments and stereotypical thinking. It is crucial for me to rethink historical topics and fixed constructs seen as immutable.”